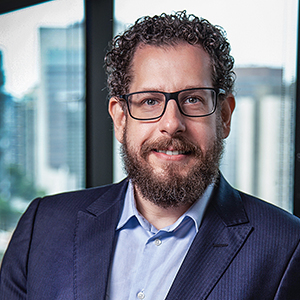 Graduated in Law from UFRJ (2000) and Master in Law from Cambridge University, England (2002). He was a member of the law firm Castro, Barros, Sobral, Gomes from 1999 to 2006, when he left office to take on the position of Managing Director at Alvarez & Marsal. In 2009, it acquired Casa & Vídeo through a leveraged buy-out amid the retailer’s judicial reorganization process, having occupied the position of CEO from 2009 to 2015. In 2015, it founded Legion Holdings, a focused investment company. in the acquisition of stakes in companies undergoing financial and operational restructuring. Most recently, in April 2019, Fábio became the controlling shareholder and CEO of the Abril Group. Fábio also serves as Chairman of the Advisory Board of the Union of Lojas Leader S.A. and member of the Board of Directors of Banco PAN S.A 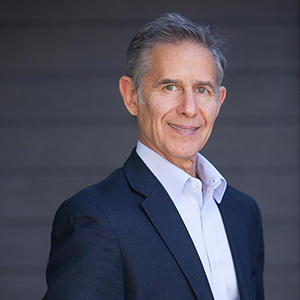 Jamie Douraghy is a Los Angeles based Executive Coach and Team Facilitator. He helps individuals overcome perceived limitations so they can live a life of their choosing. He has over 25 years of experience as an entrepreneur and competitive athlete. He has facilitated and coached in a range of countries, EO Forums, Vistage Groups, YPO, and multiple leadership teams.He has been an EO member leader since 2004 including two-time LA Chapter President, Regional Director, and Chair for EO’s Global Growth Team focusing on new chapter launches in Africa, China, and South America.

As an entrepreneur and founder, he recently started Life, Work Integration to create clarity around the WHY-HOW-WHAT that drives us to succeed in life. He’s a certified WHY and Gallup Strengths Finder coach. With a passion for Fencing, he is a three-time veteran US National Fencing Champion and a six-time participant at the Veteran Fencing World Championships. He received his BA in French and a Masters in International Relations from the Maxwell School at Syracuse University. He is a TEDx speaker and a graduate of Leadership LA. He has been married to his wife Katty for 23 years and believes in the freedom an integrated life brings. 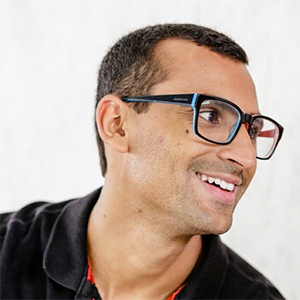 Edu Lyra, 31, was born in the favela where he lived in a shack and slept in a bathtub. His father, involved in crime in the favela, was arrested. His mother was his inspiration, and always told him: “It doesn´t matter where you come from, but where you go.” Edu believed it. He enrolled in university studies with a focus on journalism and at the age of 23, he wrote his first book Young Falcons. With a team of 50 young people, they sold books door-to-door in the periphery and slums.

Leveraging the profits from the book sales, he founded an NGO: Gerando Falcons, along with three co-founder friends including Mayara, who he would later marry and build a family. During this period, they obtained their first investment, donated by the couple Patrícia and Ricardo Villela Marino, who are advisors, even today.

Together with the team, Edu transitioned Gerando Falcons from being an NGO in the favela to a network of NGOs, leaving an impact on 50,000 people. The NGO focused on management efficiency, technology use and leadership training. He developed the ability to raise funds and mobilize hundreds of citizens as donors, as well as giant companies, like Motorola, Visa, Accenture and leading leaders such as Jorge Paulo Lemann, Elie Horn, Flavio Augusto da Silva, Charles Wizard, among others.

Edu has lectured in Brazil and abroad for companies such as Google and Microsoft. He has also been invited to speak at Harvard and the London School of Economics.

He was named one of the young Brazilians who can change the world and was among the most influential young people named by Forbes Brazil and “Man of the Year” by GQ magazine.

Edu’s father left his life in crime and returned home. Edu’s dream is that one day the slum’s poverty will end up in a museum. 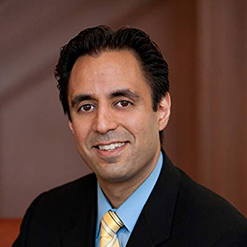 Deepak Malhotra is the Eli Goldston Professor of Business Administration at the Harvard Business School. His teaching, research and advisory work is focused on negotiation, deal-making and conflict resolution. Deepak has won numerous awards for his teaching, including the HBS Faculty Award and the Charles M. Williams Award. In both 2011 and 2012, the MBA students selected Deepak to give the end-of-year speech to graduating students. In 2014, Deepak was chosen by Poets & Quants as one of the “world’s best business school professors” under the age of 40. 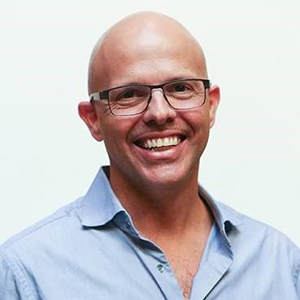 Eduardo Ourivio is the co-founder of the Trigo Group, which encompasses a multi-national chain of 500 restaurants including Spoleto, Koni, Gurume, and Domino’s Pizza Brasil (sold in 2018). A born entrepreneur, Eduardo has gone through all stages of a business leader’s journey and has also served as mentor and investor. 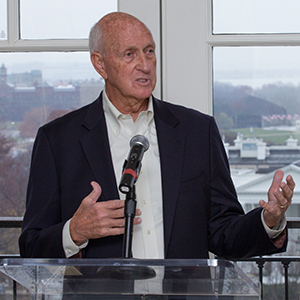 Warren S. Rustand is an entrepreneur, educator and public servant, having served as the appointments secretary to President Gerald Ford during Rustand’s time as a White House Scholar. He is past chairman of the World Presidents’ Organization (WPO aka YPO Gold), Dean of Learning on the Entrepreneurs’ Organization (EO) Entrepreneurial Masters Program, and Dean of the EO Leadership Academy. He has served as CEO or Chairman of 17 companies and on the Board of Directors for 50 public, private and not-for-profit organizations. 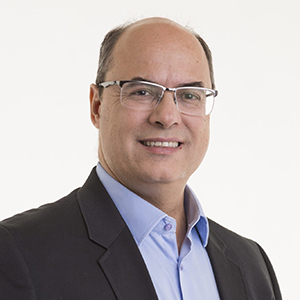 Wilson José Witzel is the 63rd and current Governor of the state of Rio de Janeiro. A member of the Social Christian Party, Witzel is a former federal judge and is an ex-marine. On 28 October 2018, he was elected Governor of the State of Rio de Janeiro with a four-year term beginning in January 2019. Witzel holds a doctorate in Political Science from Federal University of Fluminense (UFF), a master’s in Civil Law, and has been a professor of Criminal Law for more than 20 years. As a federal judge, he served in different civil and criminal courts in Rio de Janeiro and in Vitória (Espírito Santo).

The EO Events app serves as the official mobile hub for premier EO Global and Regional Events. You will find EO LACademy 2019 in the mobile app and once registered for this event, you will be able to access the on-site event content.